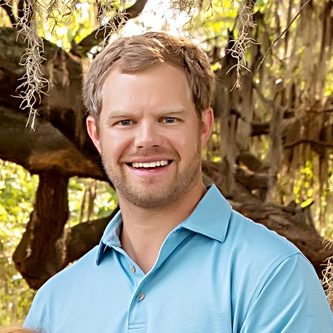 Aubrey currently lives in Athens, Georgia and is a 2010 graduate of the University of Georgia. He has been licensed in the State of Georgia since 2010 and received his brokerage license in 2013. Upon Graduation from UGA, Aubrey got his start in the land brokerage business working with Georgia Land Company as an agent. After a few years of success, Aubrey transferred over to work with LandMart.com and became the company’s broker in August of 2013. Aubrey has generated over $28 million in sales since June of 2010 and brokered well over 100 transactions. His success is not only evident in the sheer volume of deals he’s done, but also in the life-long friendships he’s been able to create with his clients.

Aubrey’s early years of helping his father with forestry work have aided in his success in land sales along with his extreme interest in the outdoors. Hunting turkey, deer, and ducks remains a passion that keeps Aubrey in the woods not just for business purposes, but also allows him to share outdoor knowledge with buyers who may be getting their start in pursuing wildlife. An understanding of timberland/wildlife is essential to being a good land broker and Aubrey carries both those tools.

He is a volunteer with Young Life and is a member of Classic City Church in Athens, where he has served on the church board since 2014. He and his wife, Sherrie Brooke, reside in Athens and enjoy attending all the home Georgia Bulldog games each fall.